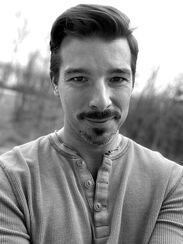 David Chirban (Richard Hannay) Has a bachelors and masters in fields utterly unrelated to acting, but despite his formal lack of training, he has studied all the classical greats, including The Three Stooges, Bob Hope, and Danny Kaye. David feels that physical humor is both a timeless and universal language, which never goes out of style, and this is primarily what drew him to this play. His inspiration for the performing arts moves from his love of all things storytelling, from Jesus’ parables to Aesop’s Fables to C.S. Lewis’ anecdotes. In his personal life, he maintains an operating philosophy which stems from J.R.R. Tolkien’s observation: “Good stories deserve a little embellishment.” ​ 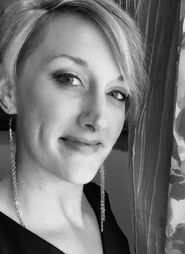 ​Amanda Engelke (Annabella/Margaret/Pamela) is thrilled to be returning to the stage after a seven year hiatus. She has been involved in local theatre since high school, performing with the UMR Theatre Players, Ozark Actors Theatre, & Fine Linen, of course! Favorite roles include Annie Oakley in Annie Get Your Gun, Gertrude in Seussical, Madame DeFarge in Tale of Two Cities, & Marmee in Little Women. Balancing family life, teaching at Rolla High School, & taking care of herself spiritually & physically would not be possible without the support of her incredible husband, Chad. Amanda is excited that he, along with their two beautiful children, Clay & Addilyn, will be in the audience to witness her engaging in her favorite hobby: bringing magic alive through collaborative theatre! 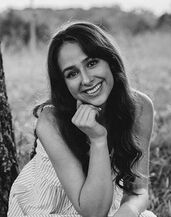 Savannah Feeler (Stage Crew) is an 18 year old college student who enjoys singing, writing, dancing, and of course, acting.  She has had the opportunity to perform in several Fine Linen productions such as Beauty and the Beast, Seussical the Musical, Fiddler on the Roof, and Pride and Prejudice.  Savannah is thrilled to be a part of this production.  She would like to thank her family for their support and the Lord Jesus Christ for blessing her with this opportunity. 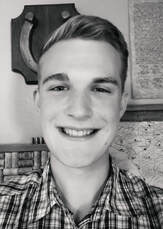 Isaac Hall (Sound Operator) is an 18-year-old college student studying with an online university.  After moving to Albania in 2014, Isaac has been readjusting to American life after his return in August. Having not appeared in a Fine Linen production since Charlotte's Web in 2013, Isaac enjoyed appearing as Mr. Bingley in the recent production of Pride and Prejudice, and is now branching out as a member of the sound team.  Isaac enjoys athletics (particularly soccer and ultimate frisbee), reading, writing, map-making, and playing guitar. 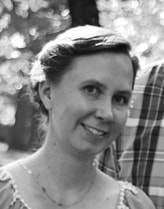 Amy Hobbs (Costume Design) loves the diversity of live theatre as an art form because it allows her to dabble in so many different things that she enjoys and serve in a a variety of capacities. She is the oldest of (Keith and Kim Nisbett’s) 10 kids and has been married to her incredible husband Nate for 15 years. As a full time stay at home mom, Amy is often now accompanied at the theatre by her girls Rebecca (8) and Carrie (6), and she is grateful to all the wonderful members of FLT who have gone above and beyond to entertain, befriend and care for/about her girls during their many hours at the theatre.
JL Koenig (Stage Crew) is a 17 year old homeschooled student who grew up watching Fine Linen productions. He first appeared on stage during Fine Linen's Scenes from Childhood Classics, and continued to appear as ensemble in shows such as, Chitty Chitty Bang Bang, Seussical the Musical, To Kill a Mockingbird, and Newsies. Besides theater, he is interested in computer programming, basketball, and piano. He's thankful for Fine Linen and the opportunities it has given him. 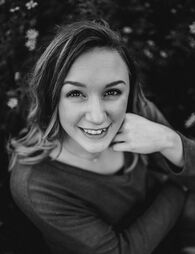 Ashley Light (Stage Crew) is a high school senior who has been involved in theatre since she was 7 years old. Some of her favorite productions include Beauty and the Beast, Fiddler on the Roof, and Newsies. She loves to sing, dance, play volleyball, and make art. 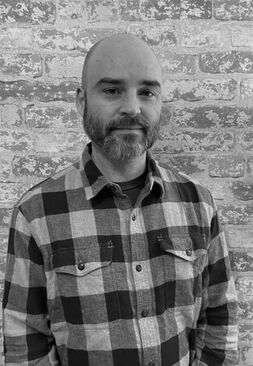 Meredith Light (Stage Crew) has been involved with the theatre for almost her entire life. She’s enjoyed acting with Fine Linen since 2010 and is very thankful for all the opportunities and experiences she’s gained by working with them. A couple of her past productions with them include Oliver, Chitty Chitty Bang Bang, and Seussical the Musical. Besides the theatre, some of her other interests include playing basketball and volleyball, fishing, and singing. 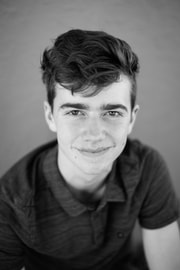 Braden McCluskey (Stage Crew) age 16, has been acting and singing in Fine Linen’s productions since 2010. Braden’s past productions include Cheaper by the Dozen, Chitty Chitty Bang Bang, Seussical the Musical, and Newsies. Among Braden’s favorite things to do, theatre comes first; other things he enjoys are dancing, singing, and playing basketball. 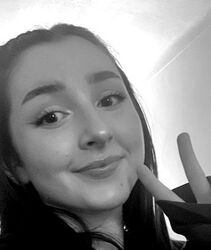 Joy Mosher (Co-Director) is a graduate from Missouri S&T with a degree in Applied Mathematics. She loves theatre, particularly dance, and appreciates the skills she’s learned choreographing with Tracy McBride on many Fine Linen productions. Favorite shows to work on include Beauty and the Beast, Seussical the Musical, Fiddler on the Roof, and Newsies. Joy enjoys exploring the outdoors, playing the piano, tap dancing, and standing on tall objects. Joy would like to thank her husband for all his love, encouragement, and support. 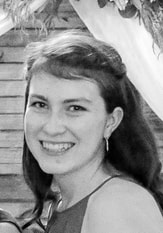 Glory Nisbett (Assistant Stage Manager) is the youngest of 10 children and has literally grown up at the theatre. She first appeared at age 5 as the Elephant-Bird in Seussical and has since participated in many Fine Linen productions. Favorite roles include Jemimah Potts in Chitty Chitty Bang Bang, the Dead Body in Arsenic and Old Lace, Kitty Bennett in Pride and Prejudice, and a newsie in Newsies. Glory's other interests include soccer, robotics, and cooking. 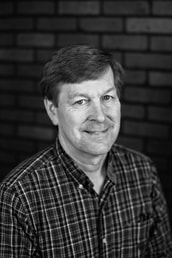 Keith Nisbett (Set Construction/Cue Master) has been a part of Fine Linen Theatre from the start. His role varies for each production, depending on what needs to be done, including such things as stage manager, production manager, music director, orchestra conductor, set builder, lighting designer, and actor. Notable characters that he has enjoyed portraying include Charlie Anderson in Shenandoah, Edward Bloom in Big Fish, and Atticus Finch in To Kill a Mockingbird. Keith and his wife Kim are happily being surpassed by the talents and energies of their ten amazing children, all of their excellent daughters/sons-in-law, and seven adorable granddaughters. On the side, in order to pay the bills, Keith is Associate Chair of the Mechanical and Aerospace Engineering Department at Missouri S & T. 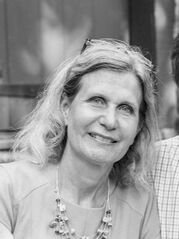 ​Kim Nisbett (Director) has a BA in Fine Art and a love of live theatre. After a long hiatus (while raising 10 children) from anything on the stage, Kim has been thrilled to spend the last 18 years as Artistic Director for Fine Linen Theatre working with some of the finest talent, and definitely the nicest people on the planet. Kim loves to have the chance to create and to tell meaningful stories, giving thanks to the Great Creator, Artist and Storyteller. Kim would like to thank the incredible team of exceptionally excellent people that work so hard to make Fine Linen what it is, and who make her job a delight, especially her husband Keith, who puts up with pretty much everything. And thank you to Joel and Amy, who wanted it in the first place, and keep it running by doing so much no one ever sees. 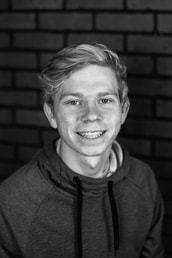 ​Nathanael Nisbett (Lighting Design) is the 9th of 10 children and is a junior at Missouri S&T. He has a variety of interests: soccer, robotics, computers, playing trombone, unicycles and dirt biking. Nathanael has recently designed lighting for Fine Linen's productions of Charley’s Aunt, School House Rock, Newsies, All Is Calm, To Kill a Mockingbird, Pride and Prejudice, and Fiddler on the Roof, and OAT's productions of The Best Christmas Pageant Ever, and Anne of Green Gables. He has performed in Newsies, All is Calm, Fiddler on the Roof, Seussical, Cheaper by the Dozen, Charlotte's Web, and Oliver!. He is currently employed as a Leach Theatre Tech and has his own iPhone repair business. 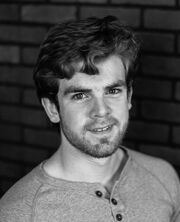 Nathan Pfeifer (Actor) has been appearing in Fine Linen shows for many years.  Although he is perhaps most recognized for his work in musicals, including his recently appearance as Jack Kelly in Newsies, Nathan loves doing comedies. He feels that it’s no hard task to make someone’s already stressful existence more miserable, but to make someone laugh and lighten their load is a gift that should be given as often as possible. Nathan would like to thank his family and his coworkers at Cohen Architectural Woodworking for putting up with him. 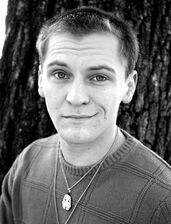 Benjamin Wegner (Actor) ​Returning for his first play in almost five years. Benjamin has been busy performing in a themepark venue with Six Flags St. Louis, teaching stage combat and choreographing with several universities, high schools, and theatrical venues in his “down period”. You may recall his work many moons ago in several OAT and UMR productions as well as Fine Linen’s own: Pirates of Penzance as the Sergeant of Police, Pride and Prejudice as Mr. Bingley, Seussical the Musical as a Wickersham Brother, as well as overseeing all the fight scenes in Newsies. 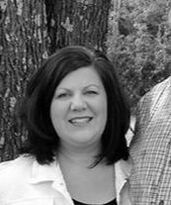 ​Michelle Widener (Patron Services) is so proud of this amazing cast & crew. Thank you to everyone behind the scenes who makes the magic happen. It is a delight to continue working with our amazing audiences who help bring the story to life show after show. Together, you help create something very special: community theatre at its best. Thank you to my family for supporting me in this habit that got out of hand...and for not complaining about scrambled eggs for supper during show season.

We Gratefully Acknowledge these Financial Supporters!